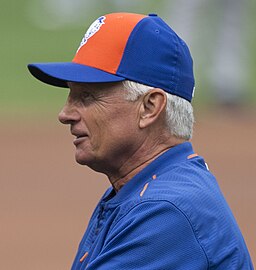 The Pacific Coast League is a notorious hitters league. But for anyone worried that Ike had lost the ability to play baseball (a la Jason Bay), that doesn’t appear to be the case.

Lucas Duda has filled in admirably at first base since Daniel Murphy moved back to second base. I think it’s safe to say that most Mets fan feel that Davis has a much higher upside than Duda as a Major League player.

Expect to see Ike back with the Mets pretty quickly. He’s making over $3 million this year and that’s far too much salary for a minor league player. He’s getting paid to play for the Mets, not the 51’s.

Mike Baxter is making his return with the Mets after separating his collarbone on June 1st preserving Johan Santana’s no-hitter. He’ll re-join the team in San Francisco starting tomorrow at 10:15pm. It’ll certainly be a triumphant return for the Queens native. I wish he had been able to play his first game at Citi Field. The crowd would’ve gone crazy for him.

Unfortunately, Kirk Nieuwenhuis was exposed by opposing pitchers after having a great start with the Mets. He’s currently hitting .252 with 7 HR’s and 28 RBI’s. The problem was 98 strikeouts in 282 at-bats.

It’s possible that Baxter could play left field predominantly against right-handers with Jason Bay playing against lefties. If Bay continues to struggle and Baxter keeps hitting, Baxter may be able to get a grip on the left field job permanently.

Last night in Buffalo Matt Harvey got hit hard by the Charlotte Knights in a 11-0 loss. Harvey gave up 6 runs in only 5 innings on 7 hits and 2 walks, although he did have 6 K’s. He threw 96 pitches, 61 for strikes. It’s a disappointing start for Harvey in his second audition for a spot in the Mets rotation after Miguel Batista was shellacked by the Dodgers yesterday.

It’s starting to become obvious that Matt Den Dekker will be playing center field for the Mets at some point this season. Let’s face it… Andres Torres and his .220/.331/.325 line is better suited as a bench player than he is in center field every day at 34 years old. Kirk Nieuwenhuis has played a solid center field but Den Dekker is better. And if Den Dekker can hit consistently like he has this season at Binghamton and now Buffalo, it’s a done deal.

This season, between Binghamton and Buffalo, Den Dekker’s line is .333/.393/.562 in 249 at-bats. If he can play an outstanding center field, as he normally does, and make a contribution offensively at the big league level there’s no reason for him to remain in the minors. The Mets have several offensive black holes on their roster and Torres is one of them.

Check out the video below of Den Dekker’s first homer for Buffalo and ninth of the season last night in their 8-3 home loss to Pawtucket.